Bringing the Message of Gods Love to our Community 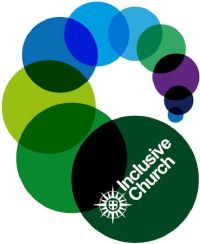 “We believe in inclusive church – a church which celebrates and affirms every person and does not discriminate.

We will continue to challenge the church where it continues to discriminate against people on grounds of disability, economic power, ethnicity, gender, gender identity, learning disability, mental health, neurodiversity, or sexuality.

We believe in a Church which welcomes and serves all people in the name of Jesus Christ; which is scripturally faithful; which seeks to proclaim the Gospel afresh for each generation; and which, in the power of the Holy Spirit, allows all people to grasp how wide and long and high and deep is the love of Jesus Christ

Sometimes in life it is good to look back where possible to where you come from in order to move forward. This occurs in many parts of the good book by looking backwards to go forward.

We have a great debt of honour to the Queen Street church because after the dreadful fire they were looking for a new location to build a new church. They got our present site just in time or the pub could have been built on it but the church got in there first. As it turned out the move worked out really well. When the church was opened they brought a whole congregation including all their church activities already to go in the new building. In my view it is the least we can do to repay the debt we owe them and to go for some sort of plaque. This is particularly important as the facade is not listed and the manager of Tesco said if they had realised this then the whole facade could have been tipped. Should Tesco sell then the new owners may just demolish it.

The Queen Street church ended up as a very important centre of various activities in the community at large.

The history of our present church dates to the beginning of Non – Conformity in 1662. In 1700 the celebrated Presbyterian minister, Matthew Henry brought together the four dissenting congregations in the city in his church in Crook Street.

By 1770 services for the congregation of three to four hundred, was being held in various rooms ending up on the south side of Common Hall Street. With further growth in numbers a new larger building was required.

The foundation stone was laid in 1776 on the site of a medieval tithing croft in Queen Street for a more extensive church building. This church was ready for worship in 1777. The early church always held the view to help children and in 1803 the independent Sabbath school had 60 children and 10 teachers.

In 1833 the building was increased in size with the present facade plus the new lecture rooms and school rooms for the 181 children and 20 teachers. The main church could then seat a 1,000 strong congregation. A large garden and graveyard were also added with boiler rooms and the care taker’s house to increase the footprint to half an acre in the centre of town.

In 1836 church deacon Mr William Cross became the first mayor of Chester and was buried in the church grave yard.

The Queen Street Church became the Mother Church to four new churches in the new suburbs. Upton Church built in 1858, Boughton Heath School Chapel in 1866, Handbridge Church in 1879 and Hoole Church in 1887.

During WW2 the church played an important role in using the Sunday School Rooms for the armed forces to use as a canteen. The caretaker organised the Free Churches in Chester to man the canteen on a rota basis. The stage in the School Rooms was also used for various theatrical events.

The membership declined in the 60’s leaving the 110 remaining members who were trying to keep the 1,000 person chapel going. It all ended sadly on the 24th January 1963 when a fire broke out in the boiler room destroying the school building and damaging the church. At the time of the fire the church was supplying water from their larger frost free pipes to all the adjoining houses as there pipes had frozen. The result of the ballot had 83 to 3 in favour to sell the whole property with the proceeds being used for a new “Queen Street Memorial Church” which has now become Vicars Cross URC.

The name changed in 1972 to become Vicars Cross URC and the rest is history.

I feel that the Blue Plaque or some other memorial should be pursued and I intend to do that with the help of Elizabeth. Also we must try and get the remaining structures listed.